Names that mean metal, steel, or mineral are edgy choices for a little boy or girl, but they do carry a new sense of masculinity with them. Though, that doesn’t mean that they aren’t suitable for a little girl and they’re a fresh alternative to gemstone names.

Parents have a new option for naming their child with names that refer to metals, gems, minerals, or jewels.

We have put together some of our favorite names that mean metal, mineral, or steel for both boys and girls. Take a look at our list to see if any spark your imagination.

Or maybe you’re looking for a name that has more passion to it so why choose a name that actually means passion.

Alabaster – Alabaster is a white stone that was often used to make sculptures. It is believed that its name derives from al-abaste, an Egyptian term that refers to God Bast.

Alnico – This is an English name that means ‘metal alloy’.

Aneirin – A name of Welsh origin and means very golden or noble.

Aputsiak – Means ‘snow crystal’ and is of Greenlandic origin.

Argyris – This is a name of Greek origin that means ‘silver.’

Aurelio – Italian variation of Aurelius and means the golden one.

Aurelius – Of Latin origin and means “the golden one.” This is one of the Roman emperor names like Augustus that are now considered suitable.

Axton – Means “sword stone” and is of English origin.

Cairn – Scottish in origin and means “mound of rocks.”

Caledon – An Irish place name from Caledonia and it means “hard or rocky land.”

Callan – A name of Gaelic origin and means “descendant of Cathalan.” Its name is an Anglicized form of the Irish surname O Cathalain. It is very popular in Scotland. 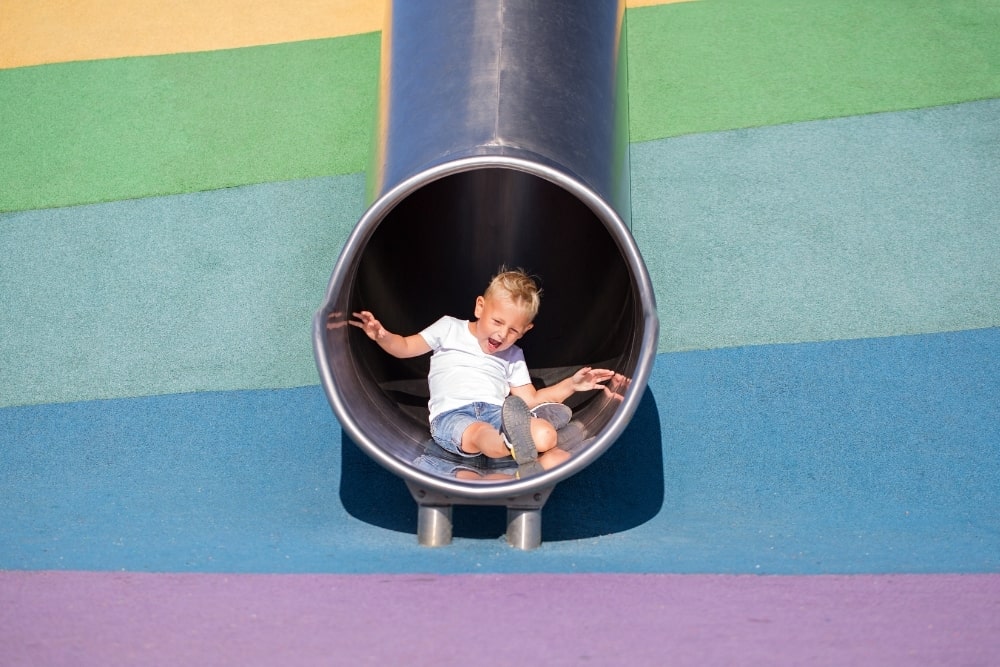 Carnelian – Carnelian is an ochre-colored gemstone that was named after a type of cherry.

Carrick – Means ‘rock’ and is of Gaelic origin.

Cashel – Of Irish origin and means “castle, stone fort.” Although, it is an appealing Irish name it has yet to emigrate to the US.

Cephas – It means “rock” and it’s of Aramaic origin.

Clay – English word name diminutive of Clayton. It is a one-syllable name that is rich and earthy.

Coal – Word name and with the recent respelling makes it a darker name.

Cobalt – Of all the blue color names being used currently, Cobalt is one of the most unusual and unique names.

Colton – An English name meaning ‘from the coal or dark town’.

Copper – The name of burnished metal.

Craig – Of Scottish origin and means “from the rocks.”

Creighton – This is a name of English and Scottish origin that means ‘hilltop town’ or ‘rocky place’.

Denarius – Means ‘silver coin’ and is of Latin origin.

Dustin – A name of Norse origin and means brave warrior or Thor’s stone.

Eben – Diminutive form of Ebenezer, of Hebrew origin and means stone for help.

Ebenezer – A name of Hebrew origin and means stone of help. 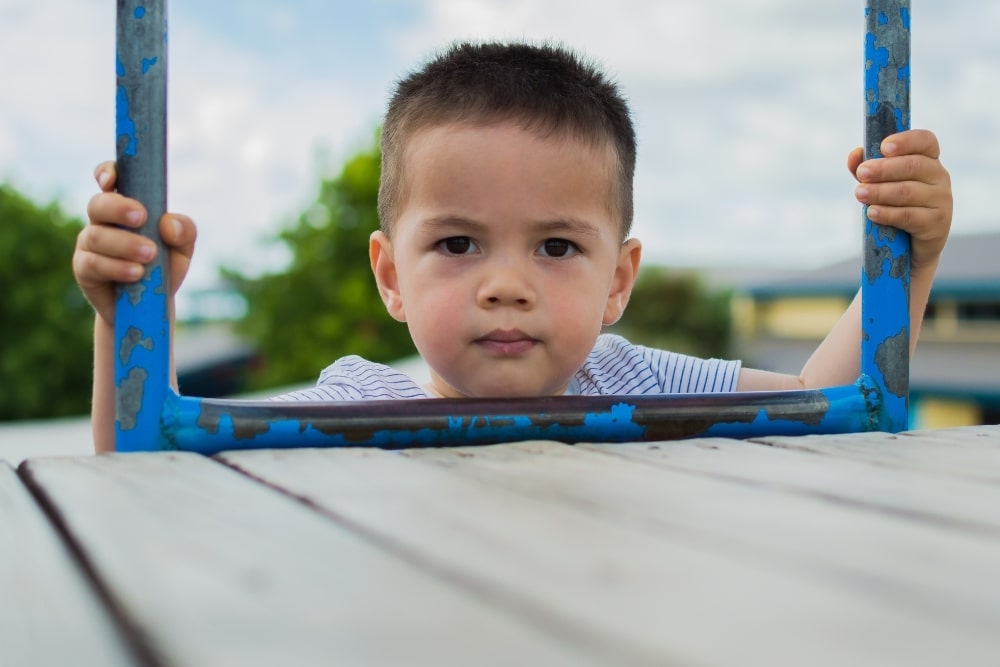 Elessar – This is an invented literary name that means ‘elfstone’.

Emery – Means industrious and is of German origin.

Flint – A name of English origin and means born near outcrop of flint. This is one the hottest macho male names.

Halston – Means hallowed stone and is of English origin.

Harlan – Of German and English origin and means rocky land.

Isambard – Isambard means ‘bright iron’ and is of English origin.

Jasper – A name of Persian origin and means bringer of treasure. Named after the Latin Gasper, a variant of which derives from the Persian word ganzabara.

Jet – Both a mineral and word name. Jetson, a similar name, is also rising in popularity.

Kessler – A boy’s name meaning ‘coppersmith’. This is also a German surname.

Kin – Means ‘gold’ and is of Japanese origin.

Larimar – A gemstone name. A bright blue gemstone named after the discoverer’s daughter, Larissa, and the sea, ‘mar’.

Malachite – Gemstone name, this is a rich green color and is often used for decorative sculptures. 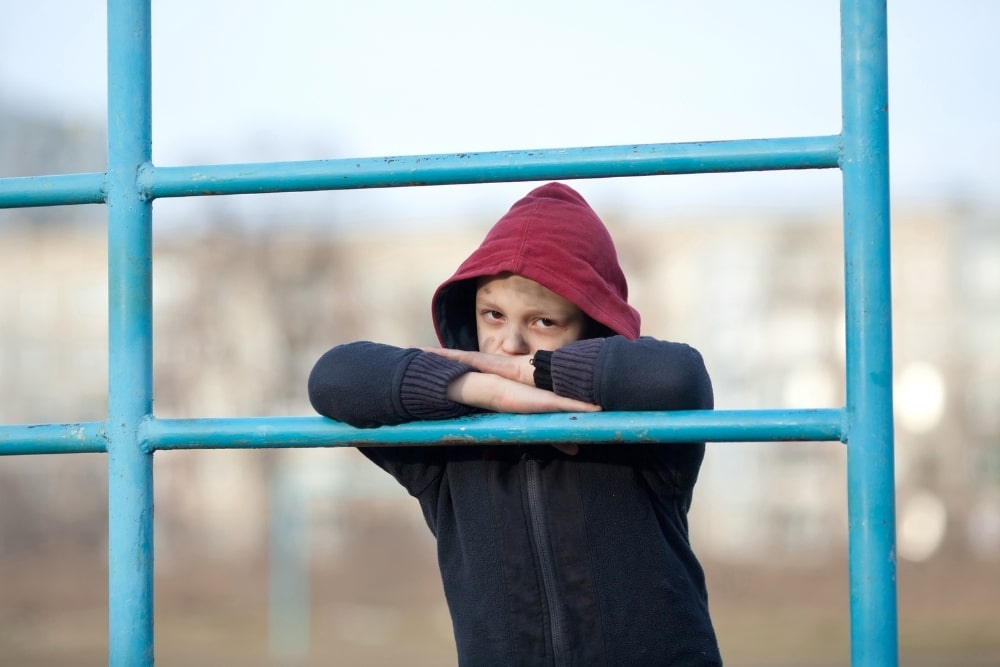 Onyx – Is a gem name and is less common than Pearl and Ruby.

Oriol – Catalan in origin and means golden. Although the name is popular in Spain, it is not well-known outside of Spain.

Orville – A name of French origin and means gold town.

Peter – The name means rock and is of Greek origin. Peter is derived from the Greek Petros meaning rock or stone.

Piers – Greek in origin and means rock. It was the name of the first Peter to be translated into English via the Normans. It has not made it to the US.

Quartz – A mineral name that is a bit quirky as a name, especially a first name. You might like it enough to make it a middle name.

Sekani – Tumbuka in origin and means people on the rocks; laugh.

Silver – An English word name that has a hint of Age of Aquarius unisex flower child name that is making a comeback.

Sixten – Norse in origin and means stone of victory.

Slate – This is one of the more unusual current strong, single-syllable names.

Steel – A word name that means hard and shiny. 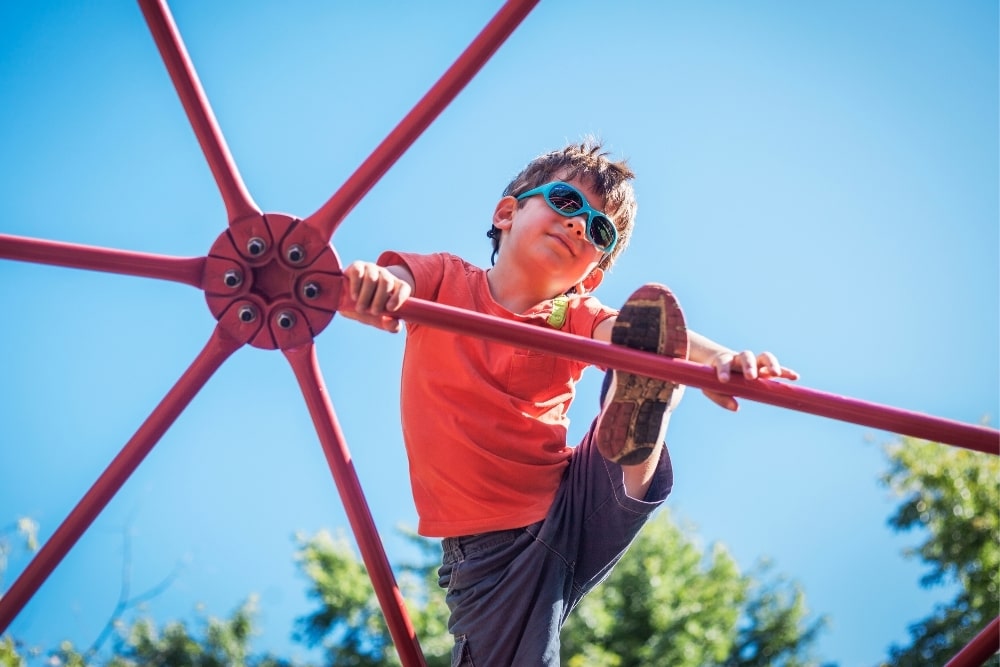 Stone – A word name although some may find such names as harsh and severe. However, parents are increasingly gravitating towards this kind of flinty or steel and stony name.

Wystan – A name of English origin and means battle stone.

Zahavi – Means gold and is of Hebrew origin.

Zuriel – Of Hebrew origin and means God is my rock.

Aranka – This is a name of Hungarian origin that has been derived from ‘arany’ meaning ‘gold’.

Argyro – Greek origin and is the female form of ‘Argyros’.

Useful for You: The 29 Best Middle Names for Ava

Arianrhod – Possibly means ‘silver wheel’ and is from Welsh mythology. In earlier myths, Arianrhod was known as the goddess of the Moon.

Aurea – Derived from ‘aureus’ which means ‘golden’ and is of Latin origin.

Aureole – From the English word meaning ‘radiant halo’ which was originally derived from the Latin word for ‘golden’.

Cressida – Medival form of Chryseis who in many medieval tales was described as a woman of Troy who left her Trojan lover Troilus in favor of the Greek hero Diomedes.

Eun – A name of Korean origin meaning ‘silver’. This name can be used alone or in combination with another name. 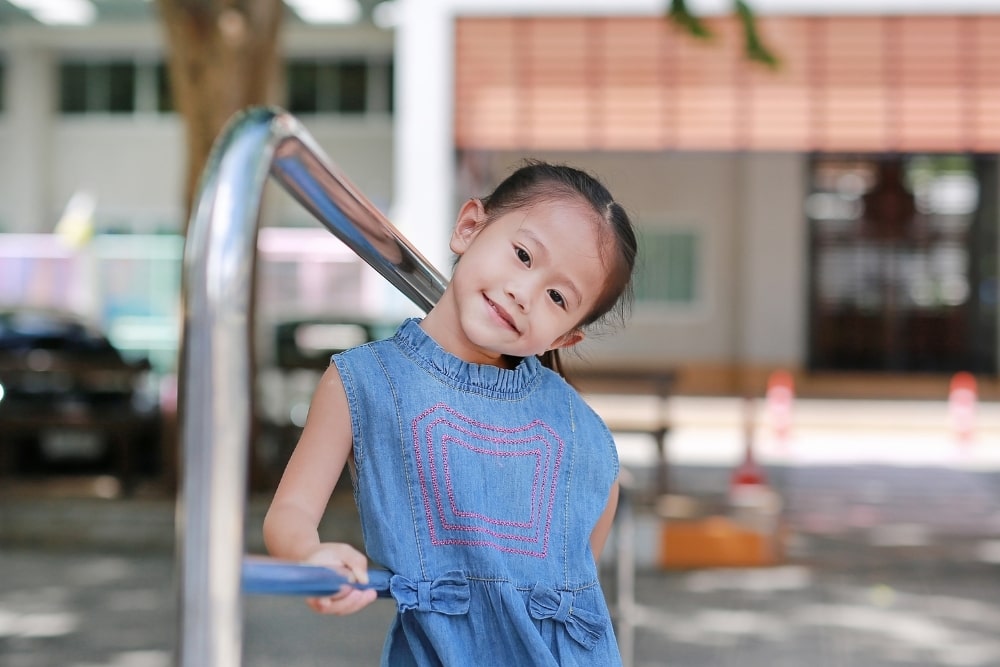 Fidda – This is a name of Arabic origin that means ‘silver’.

Fizza – An alternative to Fidda which means ‘silver’.

Hema – Means ‘golden’ and is of Indian origin.

Ishild – An early form of ‘Isolde’ which means ‘iron’ and is of Ancient Germanic origin.

Isolde – The origins of this name are uncertain though some Celtic links have been suggested. The name itself means ‘iron’.

Khamphet – A name of Lao origin that comes from the words ‘kham’ meaning ‘gold’ and ‘phet’ meaning ‘diamond’.

Lujayn – This is a name of Arabic origin that means ‘silver’.

Orfhlaith – A name of Irish origin that means ‘golden princess’.

Oria – This is the Italian form of ‘Aurea’ which means ‘golden’.

Oriana – Possibly derived from the Latin word ‘aurum’ which means ‘gold’. Oriana is the name of the medieval princess of England who was married to the knight Amadis. 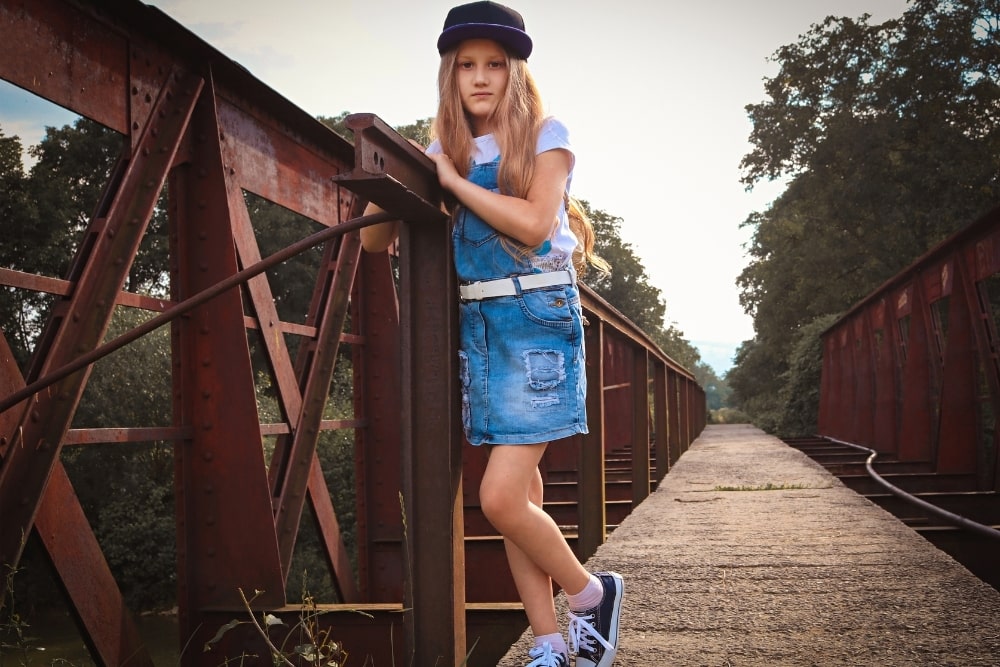 Oriette – This is the French form of ‘Oria’ which means ‘golden’.

Orinda – Probably an elaboration of the Spanish word ‘oro’ which means ‘goldon’.

Orla – This is an Anglicized version of ‘Orfhlaith’.

Ritika – A name of Indian origin that means ‘brass’.

Rukmini – Hindu origin and means ‘adorned with gold’‘. This is the Hindu name for the princess who married Krishna.

Silver – The English word for the precious metal or color, which was derived from the old English word ‘seolfor’.

Sonal – Means ‘gold and is of Indian origin. This is derived from the word ‘suvarna’ which means ‘good color’.

Vanna – Means ‘bell’ in Khmer but is ultimately from Sanskrit.

Zlota – From the Polish word ‘gold’. 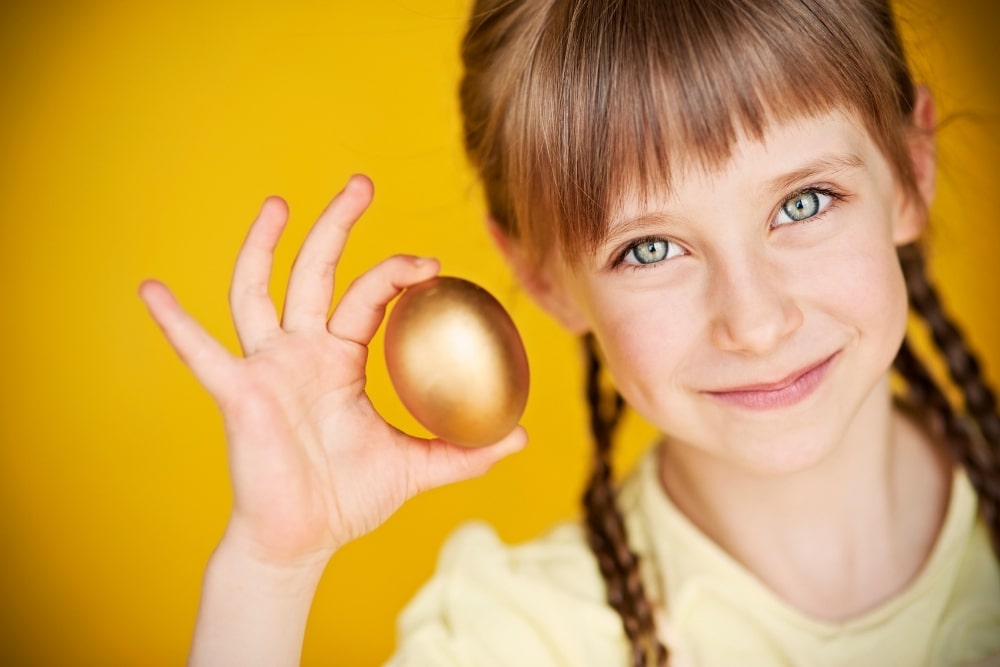 That brings us to the end of our list, many of the names will be familiar to you. Some names are unique and have great meanings, others are more common. Hopefully, our list has inspired you to embrace a name that means metal, steel, or mineral as an alternative to the typical gemstone names.

But if you are looking for a name with a more prosperous meaning then check out those names that mean fate, destiny, luck, or fortune.

Useful for You: Tile Shapes