In golf a pull – or a pulled shot – is one that sees the ball starting left of the target initially and continuing on straight that line, without lateral spin. It is basically a straight shot which misses left of target. It is a golf shot error because it misses the target.

Continue reading to find out what causes pull shots and in order to get some advice on how to stop hitting them.

Read More: how to fix a pull in golf

What Causes a Pull?

Clubface Closed at Impact, But Square to the Club Path 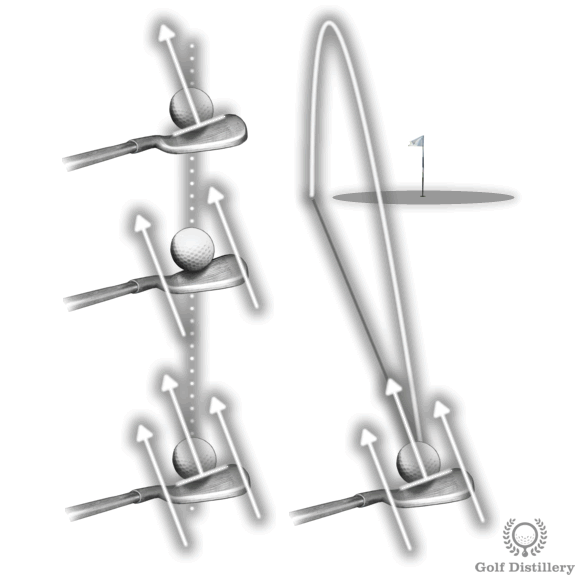 For a shot to produce no side spin, the clubface must hit the ball with an angle that is square to the club path.

But it also means the swing path was outside-to-in, resulting in a clubface that is square to the club path and ultimately a pulled shot.

Likely Reason #1: Are You Aligned Left of the Target?

Before digging further into the causes of your pulled shots you need to make sure they do not happen simply as a result of bad alignment prior to hitting.

Pulls are straight shots that miss the target but not ones that are straight. But if you were not aiming at the target to begin with but were instead aiming left of the target, solving your issues becomes very easy.

In this case, you simply need to make sure you are aiming straight at the target while setting up for you shot.

Make sure to aim properly and adopt a square stance instead of an open stance.

More on: How to correctly align your stance

If misalignment is not the issue then you’ll need to dig deeper into the causes for your pull shots.

If you are correctly aiming at the target and are using a square stance to the target yet are still producing pull shots then your club path is most likely of the outside-in variety.

In contrast to the inside-square-inside or inside-out club path, yours probably sees the club heading into impact from outside of the target line, crossing that target line and finally finishing inside of it during the follow through.

In combination with an outside-in club path your clubface is most likely closed to the target at impact.

This is what makes the ball start to the left of the target at impact. And again, if you were aligned properly at address with both your stance and clubface square to the target then it means you are closing that clubface during the swing and leading up to the impact. The most likely scenario is one in which your grip is too strong. Strong grips promote active release and closed clubface at impact. 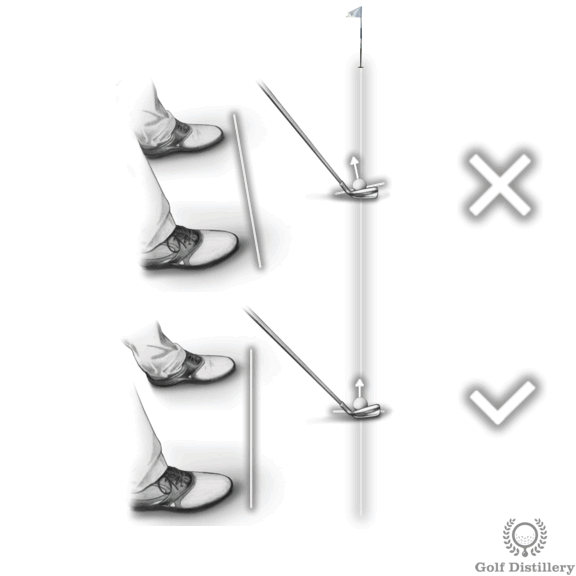 In order to fundamentally fix the causes that produce pulled shots in your game you will need to work on your golf swing and the club path that it produces.

Useful for You: Bad Ombré Hair: 3 Possible Ways to Fix Your Ombré Today

At the top of the swing and during the downswing you will need to be careful not to come over the top as your body will likely try to position the club outside of the target line that it knows best as it heads toward impact (more on that below).

The previous part helped fix the club path but you’ll still need to fix the clubface angle at impact in order to fix your pull shot issues. And the easiest way to go about doing this is to simply modify the strength of your grip slightly. In most scenarios you’ll simply need to weaken your grip a little from what it was, be it strong or neutral.

See also  How to Repair a Crack in a Bucket

More on: How to correctly grip a golf club

OR PULL FIX #3: Aim to the right of the target 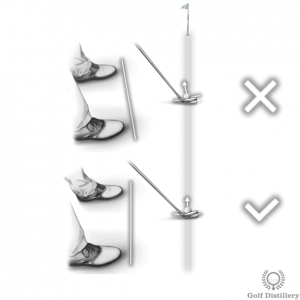 If you find it too difficult to alter your swing and club path – or if you’d rather keep it as is – then you can opt to simply aim right of the target when setting up for a shot.

While this doesn’t fundamentally fix your golf swing it will help you get the ball on target.

This solution can also be helpful whenever you have specific clubs with which you tend to hit pulls. Your shot will reach the target if you only aim right with those clubs.

Are you coming over the top? 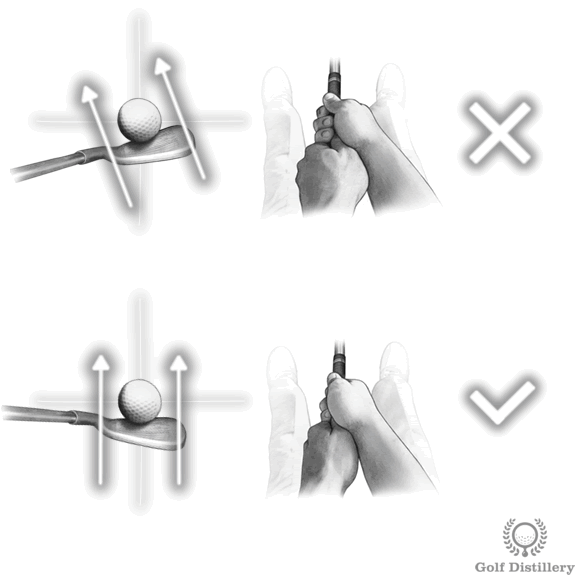 The reason your club path might be of the outside-in variety may have something to do with an infamous golf swing error. Yes, it is quite possible that you are “coming over the top”, or that your swing is “over the top”.

This swing error features a clubhead brought outside of the target line and only crossing it on the way to impact with the ball, or in other words, an outside-in club path.

More on: Over the Top – Swing Error

Do you lock your left knee at impact? 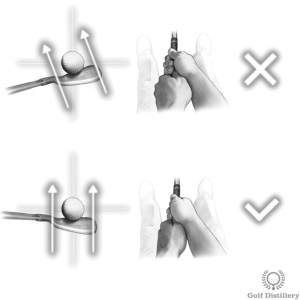 Another swing error you might be doing which could cause pulled shot has something to do with your left knee and how it is used at impact.

Some golfers lock their left – forward – knee at impact and while it is not necessarily a problem in itself it can lead to balls that shoots straight left. This can be explained by the fact that locking your knee will alter the angle of your hips, closing them to the left and promoting an outside-in swing.

If you are locking your left knee at impact and are pulling shots to the left, try maintaining the knee flex constant instead. Or in other words, try to keep the knee flex that was set at address constant throughout the swing, up to and including impact with the ball.

Useful for You: How To Repair A Kayak

It is still possible that none of the previous sets of causes are to blame for your pulling shot issues. If that’s the case, read further for other possible reasons.

See also  Do You Even (Face) Lift, Bro? Exercises for Your Cheeks and Jaw

Too forward position for the ball?

Sometimes the ball may have been placed too far forward of your stance at address.

That’s right, a ball too far forward for the shot at hand can produce pulls because it can combine the two impact components previously discussed: clubface pointing left of the target and square with the path.

A club that follows an inside-square, inside club path will travel to the inside, as the name implies. This will occur after the normal impact point. It will also follow an outside-in path. The club can close if it is too forward, as the hands naturally release.

FIX: Move the ball back in your stance a little

In order to diagnose if this is the problem with your swing simply move the ball back in your stance a little at address. If you have issues with specific clubs, this can be done.

Are you standing too low? Are your clubs too high? 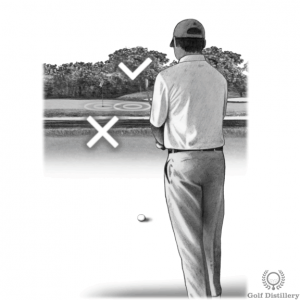 Your body height and swing pattern may also be affected by the clubs you use.

If your clubs’ lies – the angle between the shaft and the ground at the address – is too high, your club will not be as flat as it should. Instead, the toes will stay off the ground, which may ultimately contribute to sending the ball to the left.

It is possible to be bent too low at the address due to excessive forward spine angle tilt, or knee flex.

FIX: Stand taller at address or get custom fitted and purchase flatter clubs

Was the ball lying above your feet? 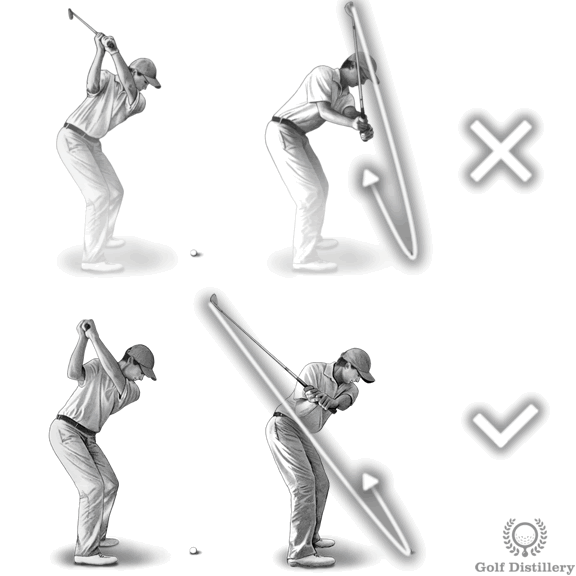 Golf balls lying above your feet, on a sidehill, have a tendency to shoot left of the target.

The reason they do is because the sidehill will promote a flatter swing that will leads to a more aggressive release of the hands.

This will naturally close the clubface and send the ball to the left of the target.

FIX: Keep the ball in front of you.

More on: How to hit when the ball is above your feet

Are your grips too small?

Your grip size could also be a reason for left-handed shots.

Generally speaking, small grips promote an active release of the hands ahead of impact, which can cause the clubface to close.

FIX: Get grips that are larger in diameter, and/or add tape layers underneath your grips 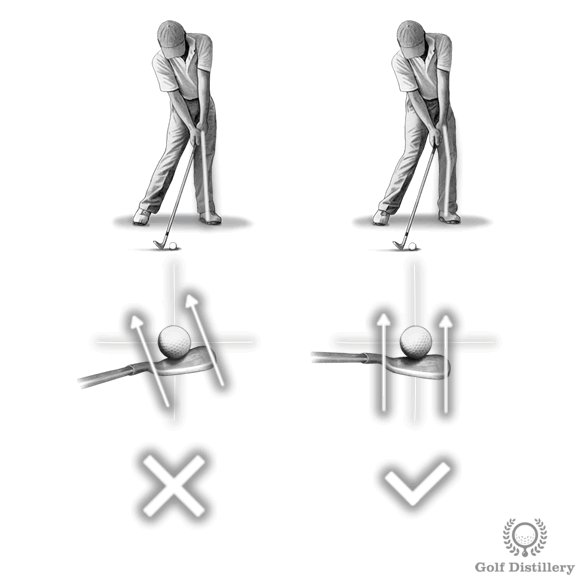